Behold part one of more posts to come about the Viking Ship Museum at Bygdøy, Norway! (Yes, I have been here several times – for previous posts click here and/or here (: 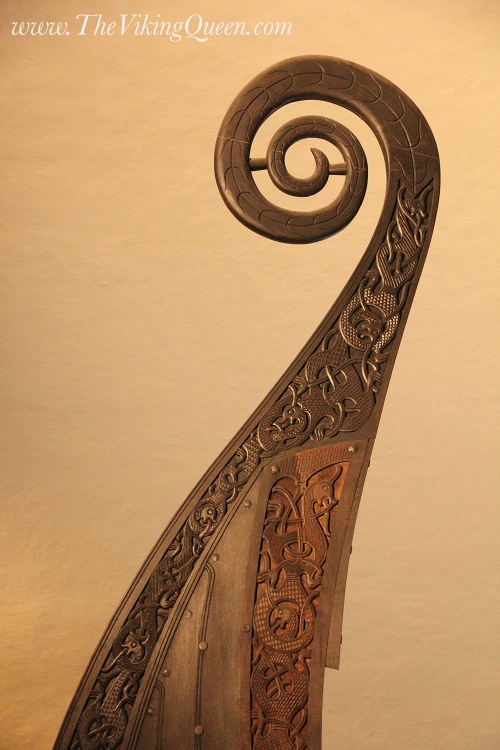 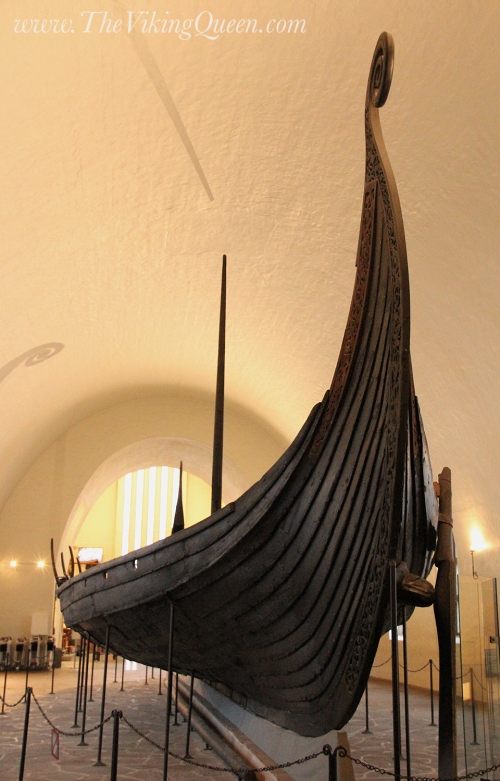 ”The oseberg ship was found in a large burial mound on the Oseberg farm, in Vestfold, and excavated  in 1904. The ship was built sometime between 815-820 AD, but was later used as a grave ship for a woman of high rank who died in 834 AD. The woman had been placed in a wooden burial chamber on the aft deck of the ship. The burial mound was constructed of layers of turf which preserved both the ship, and its rich contents of wooden objects, leather and textiles. The burial mound was plundered by grave robbers in ancient times – probably the reason why no jewellery or gold or silver objects were found in the grave. The 22 meter longs hip was built of oak. The number of oar holes indicates that the ship was rowed by a crew of 30 men. The ship had no seats, and the oarsmen probably sa ton their own wooden ship’s chests. The oars could be drawn in when the square sail was raised. The steering rudder was placed on the right aft side of the ship- the starboard side. The Oseberg ship is less solidly constructed than the Gokstad ship – only the upper two rows of side planking extend above the water line. It was probably a royal pleasure craft used for short journeys in calm waters.”