Skip to primary content
The life of Sigurd Fåvnesbane is described in the Elder Edda, in the German Nibelungenlied, and in Volsungesaga. It is assumed that the story is spun together by different historical events from different times. Several motives from the Story were carved in wood on the Stave Church Portal of Hylestad Stave Church in Setesdal, Norway. The church is no more, but two remaining portal boards are preserved and exhibited in the Cultural History Museum of Norway (see photos). It is estimated that these portals were made around 1175. 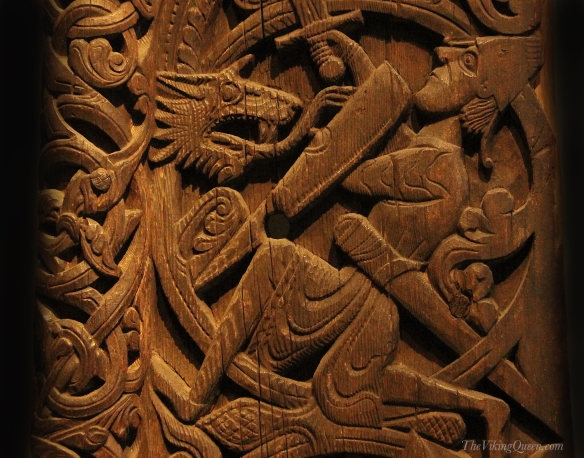 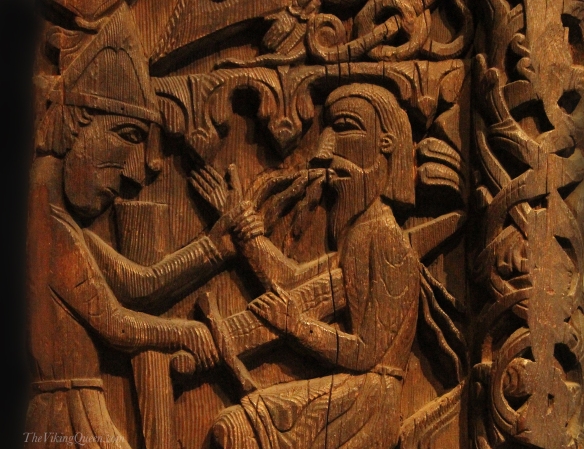 The Tale of Sigurd Fåvnesbane
According to the story, Sigurd’s father falls before he is born, and he is raised by the dwarf Regin. Sigurd is told that he will win fame and power by killing Fåvne, a terrible dragon that guards a great treasure. Being a smith, Regin forges a glorious sword for Sigurd to slay the dragon with. This sword breaks shortly after, but Sigurd finds his fathers sword, Gram.

Fåvne the Dragon
Together, Sigurd and Regin ride to slay the dragon. When they reach the dragon’s cave Regin suggests that they make a pit for Sigurd to hide in. He jumps in and Regin lays branches over the opening. Sigurd waits for hours for the dragon to return. As soon as it does, Sigurd attacks its soft stomach with Gram in both hands. The dragon dies, and Sigurd climbs out of the pit.

Regin’s betrayal and Sigurd’s revenge
Regin takes out the dragon’s heart to fry it. A few drops of dragon blood makes Sigurd able to understand what the birds in the trees are saying. They speak about how Regin plans to betray Sigurd, that he wants to kill him to have the treasure for himself. Sigurd sees in the eyes of Regin that it is true, seizes the sword and beheads the dwarf. As Regin draws his last breath, Sigurd goes into the cave to collect the treasure.

According to the Saga, this is how Sigurd earned the name “Fåvnesbane”.